How I doubled my money in a recession

I lived 30 miles away from college

During undergraduate, my uncle would drive me to school every Sunday and teach me about investing.

Being 18, I had no idea what the hell I was doing. Investing scared the shit out of me. I thought investing meant…

Thanks to Wolf of Wall Street

It just seemed so complicated.

I just wanted something simple and easy.

My uncle was an example that it was possible to become a millionaire by investing. What was his secret? Was it his sexy new investing strategy or high frequency stock trading? No.

A lot of people don’t invest because they don’t know how to invest, want to figure it out later, or are scared to lose money. Often times it’s this fear that prevents opportunities. We don’t realize that we’re already losing money to inflation by letting our money sit in a bank.

But how do you control your emotions? Where do you begin? Perception.

One day shit will hit the fan

Most people go through life crossing their fingers and hoping nothing bad will happen… and they have the same mentality when investing. Reality check: shit happens to everyone.

Look at the trend for the last 10 years for the Vanguard index funds.

Downturns in the market are inevitable. The real question should be how are you going to recover when shit hits the fan?

How to see opportunity in all situations

A piece of me died when I saw this on Reddit.

My uncle ALSO lost over 60% of his money during that same time. It was a hard time for everyone. But what did my uncle tell me when I asked him for advice?

Uncle: Now is the time to buy.
Me: Wait… what? Why would I invest if the market is doing poorly?
Uncle: Trust me fam. I gotchu like pikachu!

Okay. So maybe my uncle didn’t REALLY say that last part… but you get the point. Right after that conversation, I took $3000 and invested into more index funds and my money grew.

I was lucky in 2010. It could have gone the other way, but over the long run index funds have trended upwards roughly 8-12% per year.

Past performance doesn’t mean you will win… but it’s pretty likely.

God damn. My uncle’s strategy was SO simple. How did it work?

He automatically invested a set amount every month into index funds (eg. $1000/per month). This is known as dollar cost averaging. When the market shit the bed, he would dump more money in.

Instead of focusing on losing money, he saw it as a great time to buy. SO CHEAP.

What’s that sound? THE SOUND OF DUH GOOD DEAL

There is opportunity with every situation

This article isn’t about index funds or investing. It’s about having the right mindset against for any obstacle.

Think about how most people react to bad news.

They complain about how it’s unfair or might blame others. Even though it might be true, they do everything BUT focus on the ACTUAL problem. We can’t control what happens to us, but only control how we react. 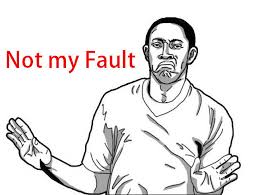 So instead of looking at the situation as a problem or obstacle, it’s an opportunity to do something different, look at the problem in a new way, and to improve our position in our life.

Here are some examples… 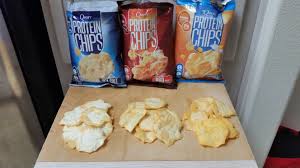 Need help? What setbacks are you going through right now? Let me know by emailing me at subscribers@refugeehustle.com or leave a comment below.

PS… I get a lot of questions about investing, what sorts of things do you want to know? What are some reasons why you don’t invest?

This site uses Akismet to reduce spam. Learn how your comment data is processed.